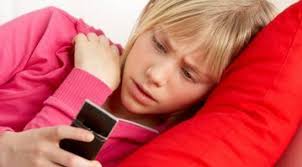 Not too long ago bullying was not as complex as it is today. Once home, the victim to bullying was able to hide from the teasing that is pervasive in younger grades; this is not the generation that we live in anymore. Now if a child is being bullied there is no way to avoid it: it’s on their phones, their Facebook, their Twitter, and numerous other forms of social media. The effects of any form of bullying can drastically stunt a child’s development, as it can damage the emotional, physical, and educational environment for the bully, the victim, and the bystanders.

In 2007 Kids Help Phone directed a survey of 2,474 people who were aged 13-15. Of these children over 70% reported being bullied online and 44% claimed that they have bullied someone at least once. This study also discovered that most children were unaware of the repercussions of putting something online, since they assumed that cyberspace was personal and that the images could not be taken by someone else.

Such studies yielded similar results in both 2010 and 2011 demonstrating that the problem is yet to diminish from modern culture. In the instances of cyber bullying a majority of the participants stated that they had never told anyone about the bullying and had to experience the burden on their own.

Sapir Nergena stated that as an RA she witnesses cyber bullying quite frequently, and suggests that people do not hide if they are being bullied.“Cyber bullying is often driven by other people so as soon as it’s stopped, the sooner the problem goes away. Once more people justify the behaviour, the bullying takes its own form and spreads like wildfire. The more people condemn it and are educated as such, the better”

Request a Call Back